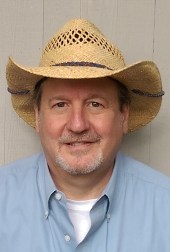 Dash has loved music from the day he arrived here on earth.

Dash’s career actually started in school where he studied mostly classical music and his band went on to record an album and won a total of four gold medals and was the number one and highest awarded band two years in a row in the state of Texas.  Dash also won a bronze medal in an ensemble and was awarded a scholarship to study music at Sam Houston State University for the summer which he did not like. Dorm life, cafeteria food, along with practicing music 8 hours a day was not his idea of fun.

In tandem, Dash was studying the bass guitar when he found time and luckily landed in an expert rock and roll band with players much better than him. Bass guitarists were in high demand and Dash luckily found himself performing all over the Houston area while taking private lessons for two years.  The day his instructor told him there was nothing more he could teach him, Dash picked up the guitar and that has been his primary instrument of choice, although he is now considered a multi-instrumentalist, songwriter, vocalist, and frontman.

Dash has performed in front of 50,000+ people live, has been on national television, been on the radio, and has fronted his own band playing electric guitar while singing original music all over the country and abroad.

Dash Randell has also been studying music production and audio engineering for decades and has been in and out of many major recording studios and has had the privilege to meet dozens of world famous musicians, producers and engineers.

Director of Sales and Marketing

While living in California, Dash went on to become the Director of Sales and Marketing for the largest security company in San Francisco.  During his tenure, the company tripled its size and Dash sold more security contracts than anyone in the 63 year history of the company within three years.  Some of his accounts included the U.S. military in which his company augmented the military with security at highly sensitive nuclear weapons bases and nuclear submarines in the Bay Area where he received classified clearance with the F.B.I.  Many other of his accounts include the Federal Reserve Bank, Japantown, Japan Airlines, PG&E, UPS, San Francisco Zoo, Parks and Recreation Department, Stanford Research Institute and most of the banks and savings and loans in the Bay Area.

Dash had the wonderful opportunity to be the personal manager of the late great Dr. R. Lee Clark, who was the Founder, Director and President of the University of Texas MD Anderson Cancer Center which employs 23,000 plus people. U.S. News & World Report’s “Best Hospitals” survey consistently ranks MD Anderson as the top hospital in the world for cancer care. Dr. Clark’s grandfather founded Texas Christian University (TCU) and he was the great X grandson of William Clark of Lewis and Clark.  Dash in his association with Dr. Clark got to know a U.S. President with his Secret Service, a U.S. Secretary of State, the late world renowned heart surgeon Dr. Debakey along with a lot of other people you might want to know if you get into a jam.